What could happen if I lie? by Marilyn Zeitlin

Am I Hearing This Right?

The new work of Alexandre Arrechea is so timely that it is close to unbearable. The title of this exhibition asks the question that underlies so much social behavior now. Not that lying is new, nor is its institutionalization. But just as everything else in the globalized, technologized world is accelerating, the incidents in which lying is central are coming at us faster and harder. The velocity makes it almost inevitable that we let things go, too busy coping with the next atrocity. Alex does not allow us to let things go.

The artist is currently investigating three overarching themes— lying, surveillance, and secrecy. They tightly interlace. Surveillance suggests that facts are being amassed. We must intimidate you and violate your privacy in order to get the truth on tape. But then these facts are shaped, deleted if inconvenient, contextualized to mean their diametric opposite. They are classified, to be converted into secrets that can justify lies. It is all so tidy.

The stadium works are the boldest statements, wonderful and terrible. These pieces draw together historic precedent— Rome and the Coliseum, the place in which animals and gladiators fought to the death, bloodshed to amuse the populace and distract the people from misrule. The stadium at Nuremberg typifies the fascist display of superiority demonstrated by physical prowess. It evokes the stadiums used to corral victims of repression during various guerras sucias. We see stadiums now and think not of Babe Ruth or Hank Aaron but of Barry Bonds, our baseball anti-hero. Doping scandals are now so common that the winner of the Tour de France in 2006, disqualified for doping, is still fighting to keep his yellow jersey at the same time that the leaders of this years race are being eliminated for committing the same crime. But the illicit side of professional sports has so many manifestations, from referees that call plays to fix the point spread to players that intentionally play poorly as they bet against their own team.

Arrechea presents the essence of conflict in White Corner (2006). Pared down to two adversaries, both played by the artist himself, one holds a machete, reflecting Alexs own history, with ancestors who fought in the Cuban War of Independence, and the other a baseball bat. They approach the edge of the corner, each waiting for the other to cast the first blow. As he says, the opponents are more like one another than different. They are motivated and paralyzed by pure fear.

Perpetual Free Entrance(2007) shows the stands, the entrances animated— and blocked— by plasma screens. The piece is made with a precision that conveys a sense of rigid control, its cold sleekness contrived to intimidate. The spectacle in the stadium is a pretext for surveillance. In Study for Arena I (2006) the arena field is a convex basket ball marked out in red and blue. The more than half the seating faces inward, toward the field; the remainder faces away from the center. You only get to watch if you are a winner. The seating bespeaks manipulation, part politics in which the minority is alienated. And alienation and loneliness are explicitly addressed in Journey into Loneliness (2007), another stadium in which there are no spectators unless there are unseen watchers. The stairs ascend to the seat of a colossal domestic chair.

Scalpel and Cotton (2007) goes one step further. If you look at it from a short distance, it suggests a sleek version of a bathtub with feet. Briefly, and obliquely, the image arouses nostalgia and the intimacy of the bath. But as you come close and look into it, it is another stadium, one which has no entrances from the exterior. Rather it is a self-contained system.

Surveillance cameras are pointed to the entrances and rooms of the museum. The collected images are then projected onto the 14 LCD screens that occupy the opening of the entrances in the stadium. The spectators in the museum are incorporated into the piece, both watchers and watched.

It is a prison of sorts, like the circular stereopticon Modelo Prison in Isla de Juventud, Cuba, in which surveillance is from the central core and none of the inmates can see one another. I associate the work with operating theaters; but operating theaters in which I imagine pseudo-science being practiced rather than the Hippocratic Oath.

The institutionalization of lying is expressed succinctly in Juventud Rebelde (2006). The image is an improvised ball made of newspaper and tape. The title of the work is the title of one of the state-controlled newspapers in Cuba, a publication that one simply assumes tells the truth as it suits the state, a condition no longer exclusive to places in which there is no freedom of the press. In what we used to hear referred to as the Free World, the media as we now call it is controlled by censorship in the name of security and to avoid offending commercial interests— advertisers, investors, owners. Here newspaper is recycled or repurposed as a ball, the message of no value. The energies of Revolutionary youth are now safely channeled into sports.

Lies. Lies lies lies lies lies. Lying is now a spectacle in itself. Current news features Attorney General Alberto Gonzalez denying that he remembers anything that would inconveniently reveal his involvement in wrongdoing. The President evokes executive privilege to prevent those who might remember what Gonzalez forgets to show up at the hearings. We expect the lying. It is bad reality television. It is so much part of the contemporary ethos that it is difficult to be outraged day after day.

In Secret Meeting (2006), Arrechea explores the new condition in which secrecy is transformed into spectacle. Who said what to whom becomes the focus of a kind of curiosity that titillates. In this work, a gorgeous swooping modernist chaise longue holds center stage. It bespeaks luxury and power. It is made of several layers of Plexiglas, so it is transparent— unlike the content of the meeting. The chair is placed against a backdrop that resembles a skyline with surveillance towers, until you see that it is in fact a battleship. It is cruising stealthily into port to do some global mischief or may, in fact, be the target.

Another drawing titled Secret Meeting (2006) looks up at a balcony and closed doors. The speech balloons that leak out through the doors are blank. We know they are talking, but do not know the content. The blank balloons offer us the opportunity to project our own imaginings.

Secret (2006) is a watercolor that shows a simple game: balls, each with a letter of the word SECRET must be fit into the right depressions in the game board. The gamesmanship of politics and diplomacy reduced to its simplest terms.

Surveillance is now so commonplace in our lives that, without thinking about it very much any more, I select shoes for travel for ease of removal at airport security. But sometimes the insertion of surveillance hits me afresh. As I drive home, listening to NPR, I wonder, am I hearing this right? Two insurance companies now offer in-car surveillance so that the misdeeds of teenage drivers can be recorded. The interviewees— representatives from each of the companies— explain in deadpan voices that the systems are motivated to educate young drivers. One company even offers the option of live-broadcast access for concerned parents. They talk about how the larger the number of teenagers in a car, the higher the likelihood of an accident. They mention that this would also deter drug use, sex while driving, other safety hazards. It all sounds so reasonable. Is this a violation of privacy, the public radio interviewer asks ingenuously. Nooooo. Like so many other explanations of surveillance inserted into the public space and our private our lives, the justifications are right out of the box: safety; a trade-off; economic advantage of not allowing the unqualified to drive/breed/ vote; the righteous majority must be protected from the few who are lawless; and, my favorite, less freedom will, in the end, make us all happier.

None of these explanations are in the least surprising to Alex Arrechea, who has made work about control, secrecy, surveillance for quite some time. And like the justifications, his work cloaks the devices in the sleekest of manifestations. The Garden of Mistrust (2003-05) is one of these elegant works. A white metal tree form blossoms with surveillance cameras. They have the animate characteristics that robots often do, parodies at once of both vegetal and animal forms. The cameras collect images that go onto the internet. All this watching, for what? The intelligence is dissipated into a maelstrom of images.

I recall the Very Large Array near Socorro, New Mexico. On a huge field, enormous satellite dishes gaze into the atmosphere. They are waiting for to record some minute event in space. These seem quaint, like wall flowers at a dance. Arrecheas Garden of Mistrust shares some of the anticipation of the VLR, both wishing something interesting might happen.

Sometimes the presence of surveillance equipment seems like a dare, an opportunity to act out. In the Palestinian film Ranas Wedding (Hany Abu-Assad, 2002), Rana and Khalid, two Palestinians who want to marry, are repeatedly thwarted by bureaucracy, roadblocks, and Israeli soldiers who stop them with machine guns. In front of a surveillance camera on the street, Khalid dances and mimes for the camera, as far as he can go in defiance of the occupiers without being killed.

Toying with the mechanisms of repression seems to be the content underlying the title work of the exhibition. If fate is a foregone conclusion over which we have no control, is that not a form of repression? What if a palm reader lied to you about your fate? What if your palm could dissemble the truth? What would be the consequences? In this work, LEDs create different images as the patterns change. The implications are that we can become convinced that we are trapped in a fate that is simply the manipulation of the truth. We cannot fight the inevitable. But if the inevitable changes, we must find out who is controlling the pattern and seek control of it ourselves. Or pay the consequences of our ignorance, fear, or laziness.

The work seduces us into taking the present seriously. The artist seduces us with his intelligence, wit, and the beauty of the objects. He makes work that does not point a finger at anyone. It is intensely political, but it not propaganda, is political theory. 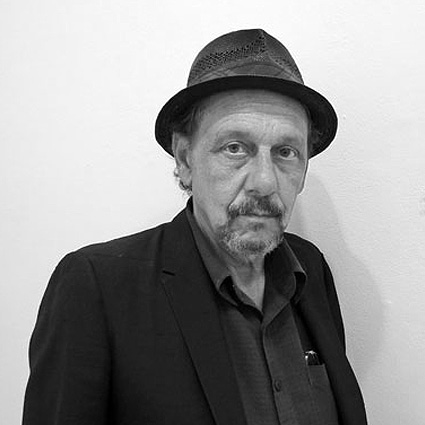 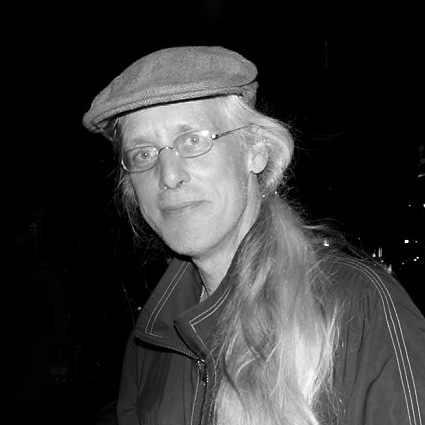